Writing Prompt: “What is your favorite work of art? What do you love about it?” 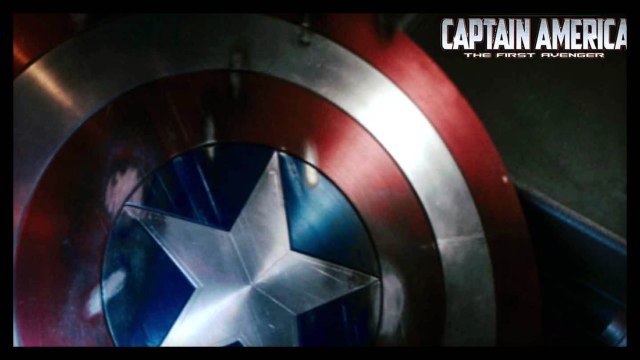 Several LGBT+ groups (including asexuals) have adopted the Captain America Shield and adapted it with pride colors to symbolize the strength and integrity of their groups. I think the Marvel Movies have played a direct role in that trend. In turbulent times such as these with hot topics like civil rights, civil changes, along with the external and internal threat of terrorism people are drawn to symbols of heroism. Basically we want a hero so we created one or, in the case of Captain America, reimagined one.

I feel like I need a hero to stand up and represent me and my ideals and what my ideal America looks like. The character Steve Rogers from the start was the underdog. He grew up in the depression and was physically weak and unpopular. In the movie his only friend is Bucky and he doesn’t have a family to support him. I think a lot of members of the LGBT+ communities can relate to those odds, but without the lucky break of becoming a superhero. We can’t all be supersoldiers so we want Captain America to fight for us too.

The best line, I think, is when Steve says: “I don’t like bullies. I don’t care where they’re from.” I hear that and I get excited. This line says to me that Captain America isn’t just going to fight Hollywood Nazi’s or Hydra agents; Captain America is going to take on all bullies including the little bullies like the people who say that asexuals, bisexuals, and pansexuals are “Basically straight” and people who say that transmen, tranwomen, and non-binary or non-conforming individuals who don’t fully transition “aren’t really trans”. The LGBT+ community member face bullies everyday even in “safe spaces” from their fellow community members.

When LGBT+ members have to live with the fear of internal forces like domestic terrorists and hate groups more than external ones like Isis, then we definitely need a Captain America or at the very least more people like Steve Rogers who are willing to take a stand against all bullies no matter who they are. So I claim Captain America as my favorite work of art:

But the day we no longer need a hero to stand up for us is the most beautiful picture of all.