END_OF_DOCUMENT_TOKEN_TO_BE_REPLACED

My mom and I are taking a free course on Stoicism together and one of the objectives is to try and teach a friend or family member (who isn’t taking the course) some of the principles we learn. The rest of my family isn’t really interested and neither are my friends. So, I’ll be using my blog instead. Comments are greatly encouraged.

END_OF_DOCUMENT_TOKEN_TO_BE_REPLACED

[This is my submission for the Carnival of Aces for December 2017 under the topic of “Alienation & Belonging” hosted this month by http://curttu.tumblr.com/]

In media: Is there types of stories you feel leave you out?

Pretty much all of them, but that’s also because I’m aro and agender too.

I really don’t want to bash on any films because a lot of time, effort, and money go into making a movie and you really never know until it all comes together if it’ll work out or not. I have never ever seen or watched a film or other media that directly addresses asexuality and asexuality issues/topics. I’ve heard of a few, but I haven’t actually seen them so those types of media aren’t actually accessible to me. In light of that I’m going to talk about some non-ace related media that I’m aware of and what works or doesn’t work for me.

One film franchise that has never really resonated with me was the Harry Potter series. Part of the problem is I didn’t grow up with the books like most fans did. I read a LOT of fantasy as a kid, but I wasn’t exposed to HP until middle school and by then I had discovered Anne McCaffery and I just got two words for you, SPACE DRAGONS. I will overlook sex, romance, and weird scifi tropes for space dragons because SPACE DRAGONS. Also, TALKING DOLPHINS and mini-space dragons. I want.

Anywho, aside from a major dragon deficitcy I also have a few other problems with the HP series.

In contrast I ADORE Fantastic Beasts and Where to Find Them because:

So I have some really high hopes for the next film coming out in 2018 as long as there’s no executive meddling.

This totally could have been a post bashing every romantic comedy ever made, but honestly I don’t even watch romantic comedies so there’s really no point. I don’t relate to stories like Star Wars (I haven’t seen anything made after the prequals) with the chosen one thing, the rescuing the princess thing, and always killing off the mentor character thing. My favorite Star Trek series is TNG. I’ve seen the ones made after TNG, but none of the episodes from the later series stuck with me like TNG episodes did. I recall entire episodes of TNG, but just barely remember the overall premises of the later series. BBC’s Sherlock is fantastic for the first two seasons at least, but I don’t find myself relating to any of the characters least of all the title character (and I actually like Agatha Christie’s Hercule Poirot better as a detective character). It’s just really hard for me to find a story where I don’t feel left out. Thankfully there is one.

The film is a courtroom drama about the libel suit brought against American historian Deborah Lipstadt by British writer David Irving after Lipstadt called him a Holocaust denier and an anti-Semite in one of her books. British law places the burden of proof on the defendant in libel cases. Lipstadt has to prove that she did not slander Irving by saying he created false evidence and misinterpreted existing evidence to deny the truth of the Holocaust.

Reasons I adore this film:

This film proves that you can have a compelling story without a romantic plot or subplot bringing it down. I just wish I had access to more stories like that.

I called my college to see about finishing my degree and the response I got was less than favorable. I was basically told that I couldn’t receive my degree without an internship or already having a job in the field. I knew I needed an internship from the beginning, of course, but I was also told that there was a class substitute if I couldn’t get an internship. The reason I’m hesitant about getting an internship now is most internships are unpaid or paid minimum wage and I pay for classes out of pocket. I can’t quit or put my current job on hold because I’ve already eaten through all of my savings to pay for classes as it is. I’m still waiting to hear back about the class substitute, but it looks like there actually isn’t one available next semester.

Naturally I was very upset with this development and when I talked to my mom about it she sent me the link to this video by Alain de Botton, a British-Swiss author, on Pessimism. Listening to the video while cleaning my room did wonders for cheering me up. de Botton is an entertaining lecturer. During the video, however, there were a few moments of “where have I hear this before?” and a few google searches later I stumbled upon Stoicism.

Stoicism is a branch of Greek Philosophy that later made it’s way and was adopted in parts of Rome. Three of the most well known (“well known” in the sense that they’re writing survived the passage of time) ancient stoics include a slave who later became a teacher, a senator, and an emperor.

When most people think Stoicism they think: 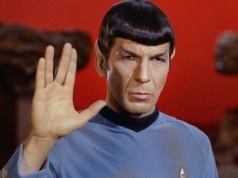 In english “stoic” means suppressing your emotions, keeping a stiff upper lip, and all that. Well turns out that’s not what Stoicism is about at all. The word Stoic came from the Greek Stoa Poikile a famous Athenian site which literally means, “painted porch” where Zeno of Citium, the founder of the Philosophical School Stoicism, met with his students.

Stoicism follows the ideas of Virtue Ethics: “Virtue ethics is a broad term for theories that emphasize the role of character and virtue in moral philosophy rather than either doing one’s duty or acting in order to bring about good consequences” (via).  This means that, according to Stoicism at least, happiness and virtue is determined on the individual level. Virtue can be broken down into five components: Wisdom, Courage, Justice, Temperance, and Nature. The first four probably sound familiar and that’s not a coincidence as they have the same source. The last one is not referring to Mother Nature, but human nature. The stoics believe that humans are by nature social creatures capable of reason and following this principle is part of being virtuous. (Sorry, hermits)

Stoicism follows the teachings of Socrates in the belief that suffering is caused by ignorance. This isn’t meant to be a passive philosophy like, “You’re not suffering because you’re living in a war torn country and you’re starving; you’re suffering because you’re ignorant” and more is of a “Worrying means you suffer twice” kind of thing. Having reason and clarity of the situation allows you to make the best the best decisions possible without being hindered by negative emotions such as anger or anguish. Stoicism teaches that real happiness is virtue and virtue isn’t dependent on education, wealth, or health but your individual actions.

Stoicism also breaks down things into things within our power and things beyond our power. Things within our power include opinions, aims, desires, aversions, ect… and things outside our power include our body, property, reputation, office, ect… I really appreciate this idea because I feel like it takes a lot of pressure off of me actually. Basically I can control my opinions and my actions, but I can’t control what people think or say about it.

I know it’s been said in more ways than one by many people that sexuality is not a choice, but it wasn’t until reading up about within/beyond power that it really sank in that being asexual was not somehow my fault, that it was beyond my power. Having it phrased that way specifically was what really helped me let it go.

So, I’m going to keep looking into Stoicism because, oddly enough, it’s making a comeback. There is a modern movement that is bringing awareness of this ancient philosophy and adapting it to a modern era.

And I’m changing my major to math. We’ll see how it goes.

I’m definitely aro-ace. Since puberty hit I’ve never felt sexual attraction towards anyone and I’ve only felt romantic attraction once. So, on an average day there’s zero blips on that radar. Sensual attraction is another story.

According to the AVEN website, sensual attraction is a “desire to engage in sensual acts with a certain individual (kissing, cuddling, hugging, hand holding, etc)” and I’d say this is pretty on par with what I’ve felt. The only problem is I feel that magnetic pull to kiss/hug/cuddle/etc without romantic or sexual attraction to provide context. It was hella weird in middle school and it’s still hella weird now.

I distinctly remember feeling sensual attraction for the first time in (I think) the 7th grade because it was such a weird and random feeling. I was in science class and I just got this really, super strong urge to kiss one of my classmates on the cheek. I was naturally freaked out as hell by this because 1) I didn’t know this student very well, 2) certainly didn’t even like this student in any capacity (romantic, sexual, friendship or otherwise), and 3) I don’t actually like people touching me randomly without warning. I’m relieved that I have a label for it now.

I would say the most common sensual attraction urge I get is to hug or cuddle people I’m sensually attracted to, but occasionally I’ll feel the urge to randomly kiss someone. I don’t get these kind of sensual urges with my closest friends or with my family, but I’ll sometimes feel sensual attraction towards coworkers or acquaintances. It’s just a weird feeling I get sometimes and I don’t really want to go through the mess of trying to explain it to people in RL, but I felt I should at least elaborate on it a little bit since I do hint at it on my bio pages. I feel sensual attraction towards other people and it just feels weird to me. ¯\_(ツ)_/¯

We got a big surprise at about 6pm; our cold dreary rain turned into snow! This is very unusual for this far south in Texas. 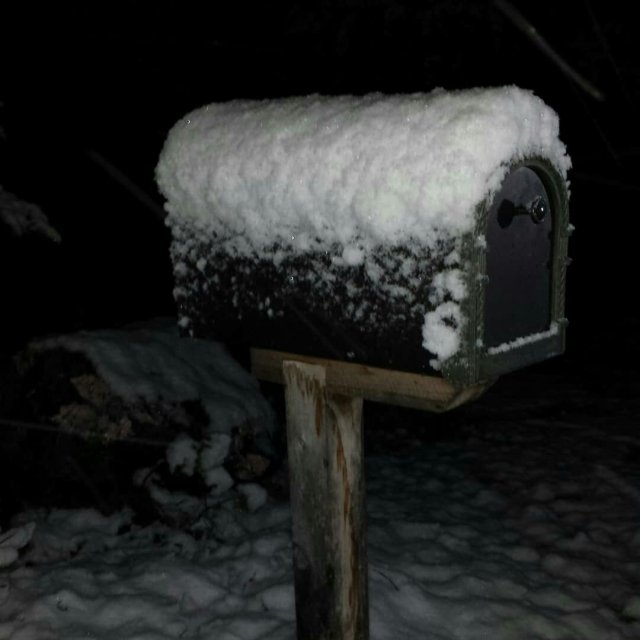